Now More Than Ever

Wood block printing is a laborious ‘relief’ process necessitating a ‘struggle with a base, ubiquitous material’[1]. More akin to sculpture than other printing techniques it involves a ‘counter-gestural’[2]removal of materialthat will not be printed.

Through gauging and chiselling away at a wooden block a mirrored positive is revealed. This binary process of positive or negative does not allow for tonal nuancenor is theprocess forgiving. One mistaken cut and the wood is removed; it cannot be replaced or repaired. The carver must either incorporate the mistake, accepting it will be negatively reproduced in every print, or abandon the block and begin again.

Woodcut’s material humility and its association with ‘non-elite messaging’[3]has a long history,originating as a technique in 206 BC China. It only reached Europe in the early 13thcentury, arriving in Italy along with the introduction of paper. By the end of the 13thcentury the technique had spread to Burgundy,and by the end of the 14thto Germany.

This relatively cheap and accessible method of reproduction went on to define the German Renaissance. The dissemination of printed images, accompanied by developments in moveable type printing (also originating in China), meant information could be spread quickly through different layers of society. The Church was quick to realise the advantages and commissioned a wide range of scenes from the Bible.These sceneswere extensively reproduced for the purposes of instruction but also sold as ‘indulgences’; a process through which exceptions to the laws could be granted and eternal salvation essentially purchased[4].

Martin Luther’s widely disseminated pamphlet entitled ‘Passional Christi und Antichristi’ published in 1521 in Wittenberg featuring 13 pairs of woodcuts by Lucas Cranach The Elder, was a direct response to the Church’s hypocrisy, depicting scenes from the life of Jesus in direct contrast to the corrupt life of Pope Leo X. The combination of woodcut images and type allowed for the engagement of both illiterate and educated classes in the Reformation.

Traditionally there was a clear division of labour between the artist who designed a print and the craftsperson or ‘block-cutter’ who produced the woodblock[5]. This enabled artists to produce prints and widely circulate their work without having to train in the craft of woodcarving.

The woodblocks and prints in the gallery were written and designed by Kasia Fudakowski between the 23rdand 29thof May and carved and printed by Kasia Fudakowski, with the indispensable assistance of Ida Lennartsson, Miguel Angel Reyes Benz, Harry Haddon, Henry Babbage, Islamiya Evans, Will Evans, Kristin Löschert, Ewa Oledzka, Philipp Modersohn and Anna Szaflarski over the two week period leading up to the 21st of June. 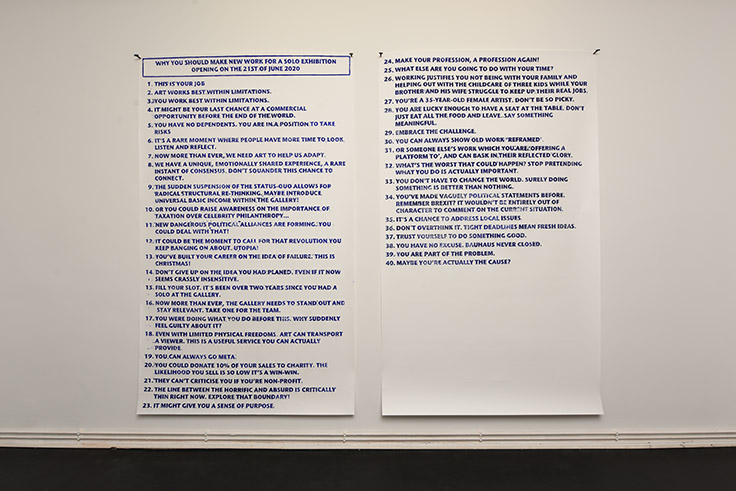 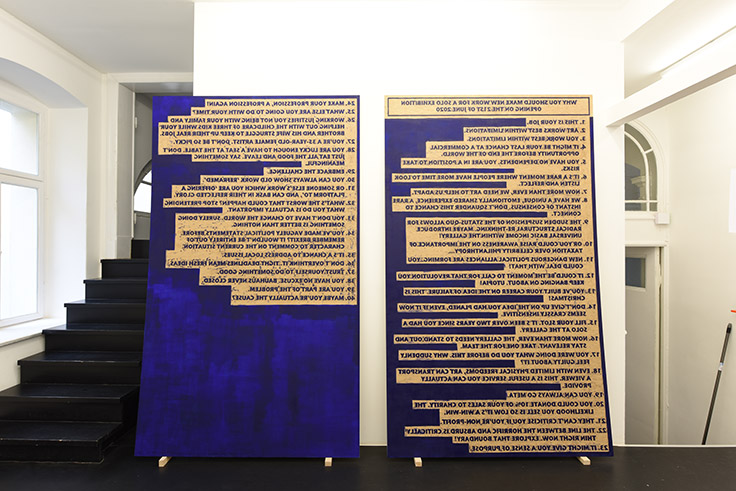 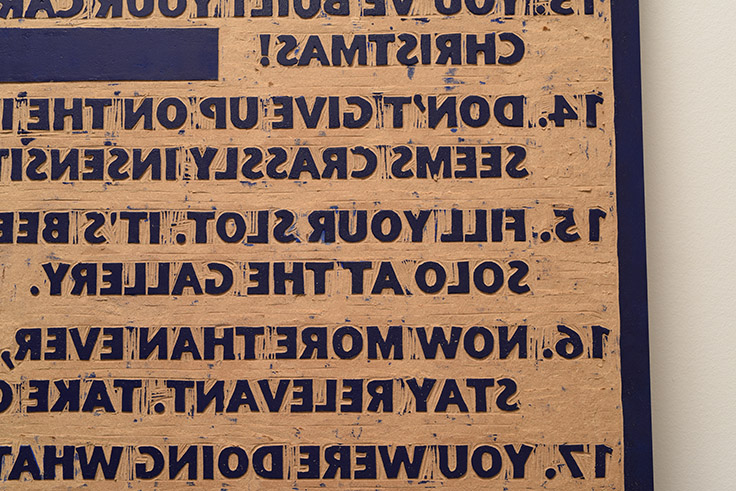 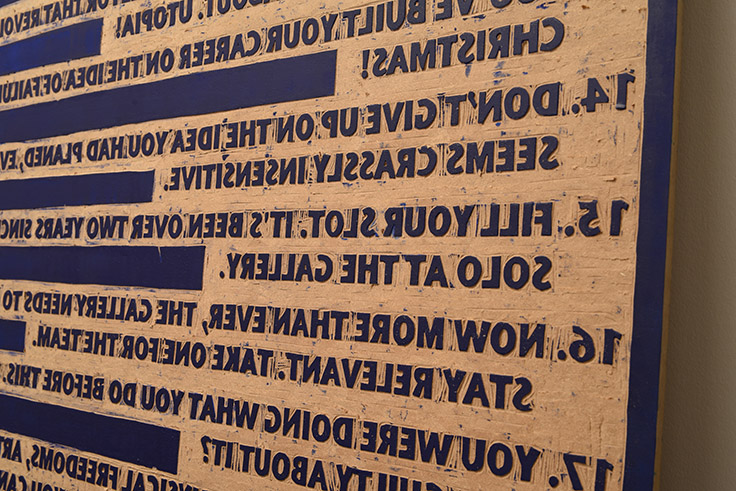 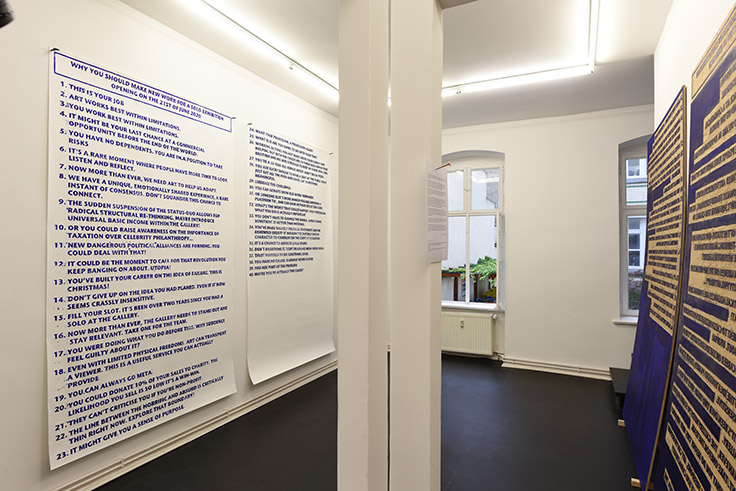 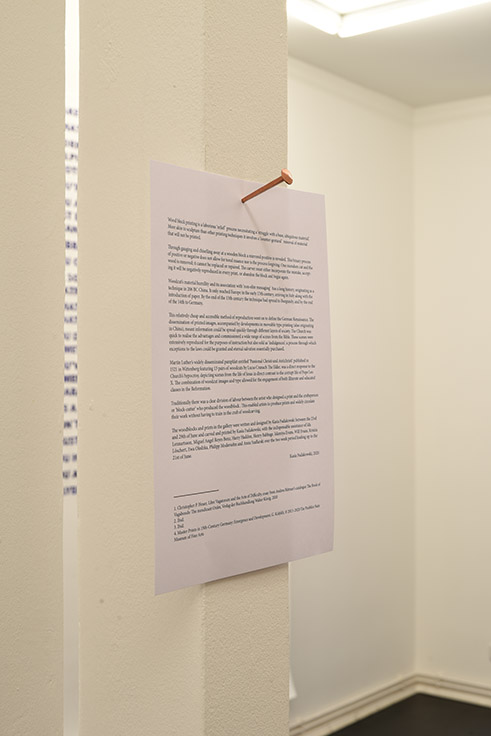 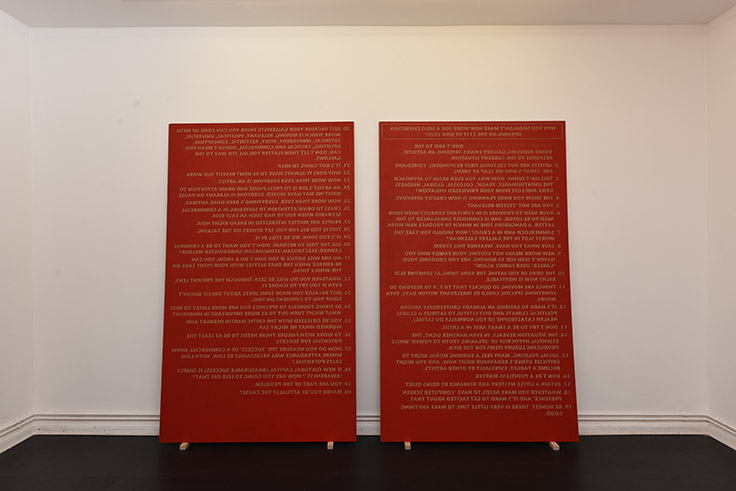 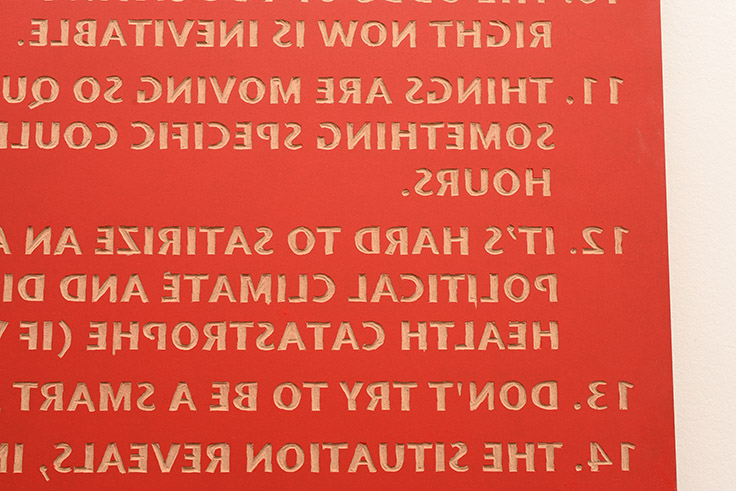 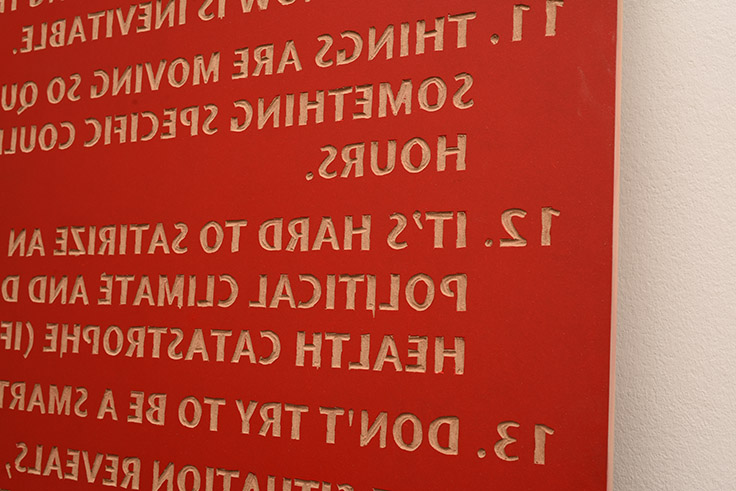 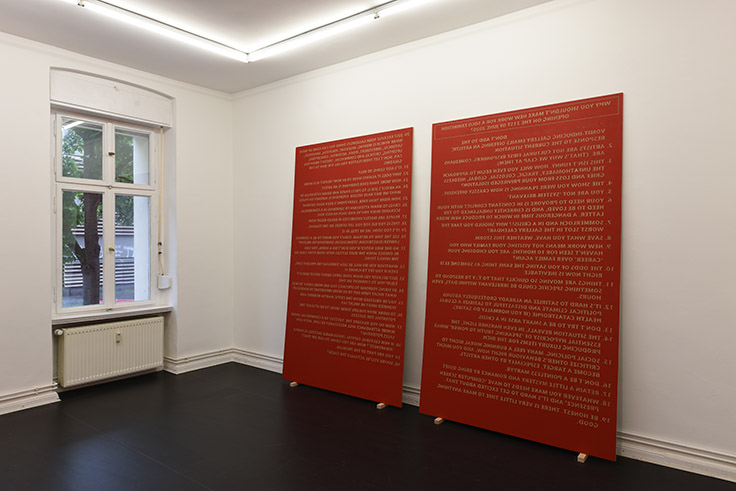