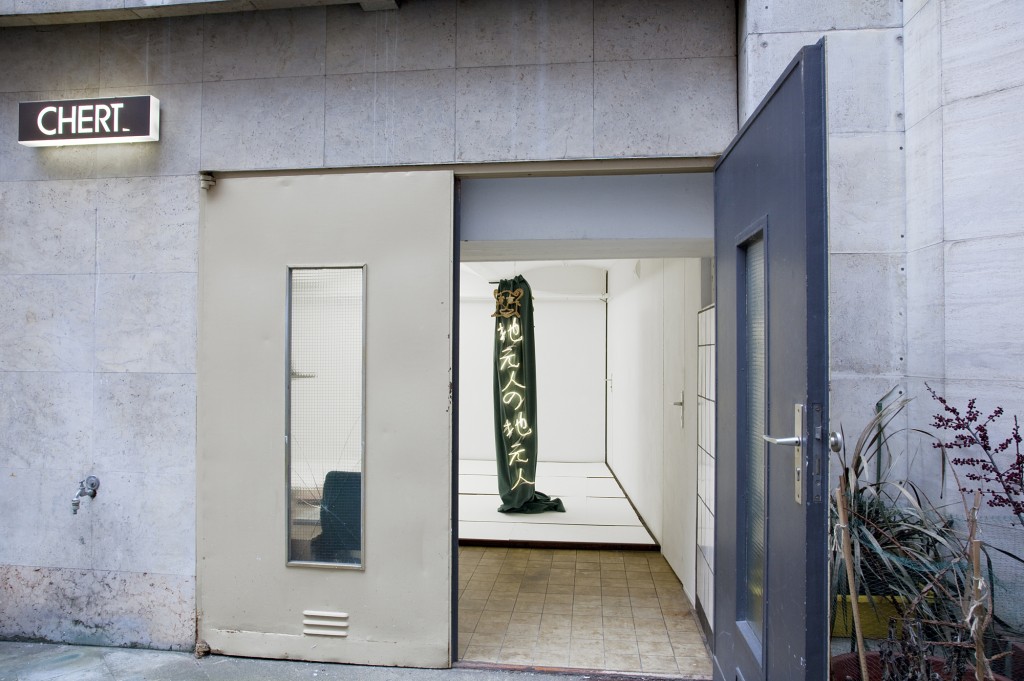 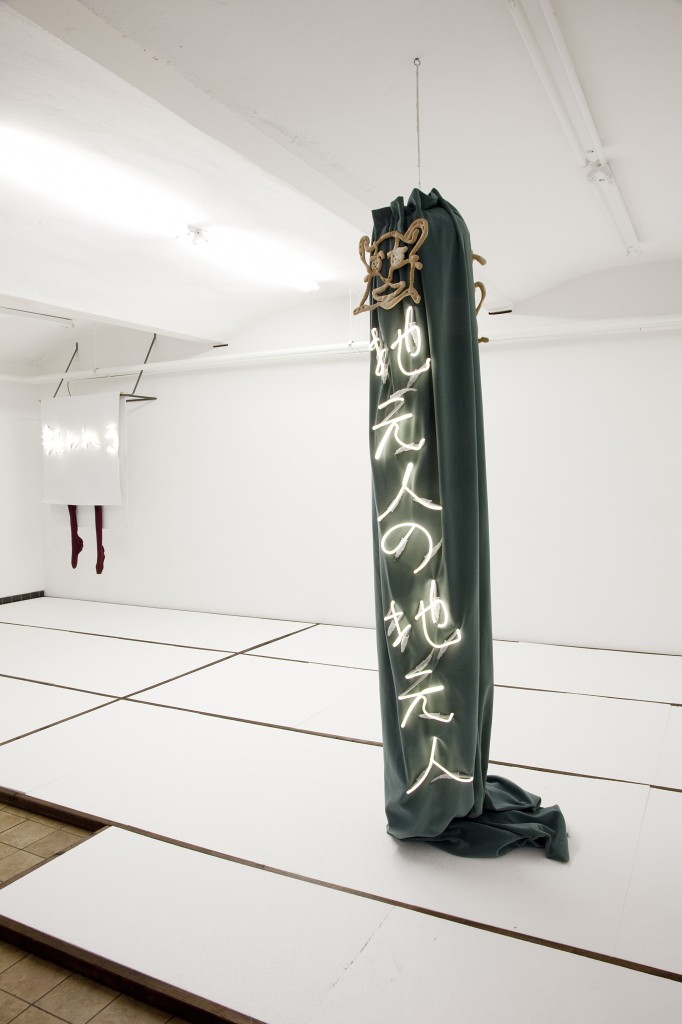 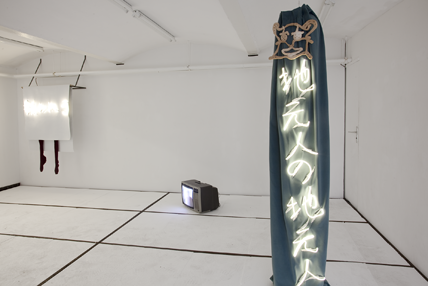 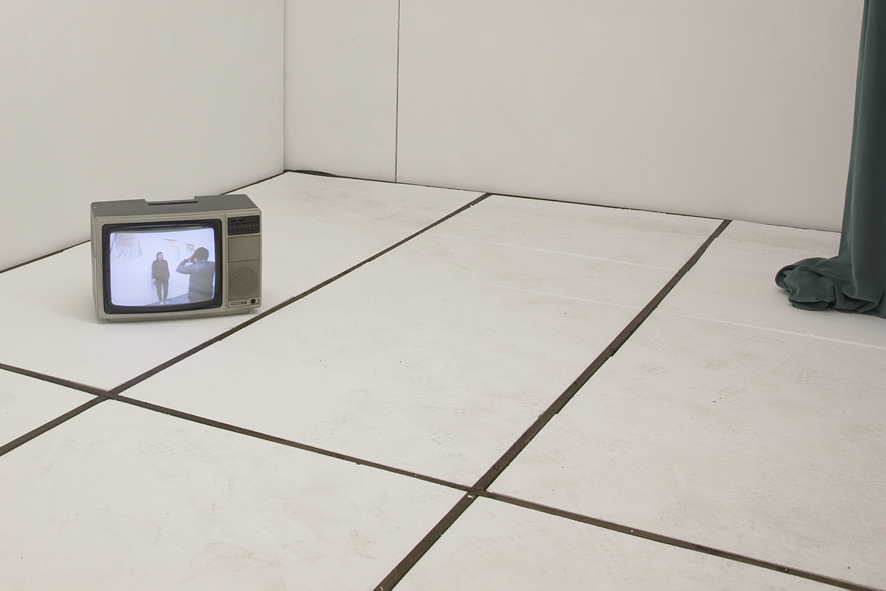 Video of 'Local Artist' pre-recorded and edited version of the performance. Tatami flooring made from polystyrene and stained wood. 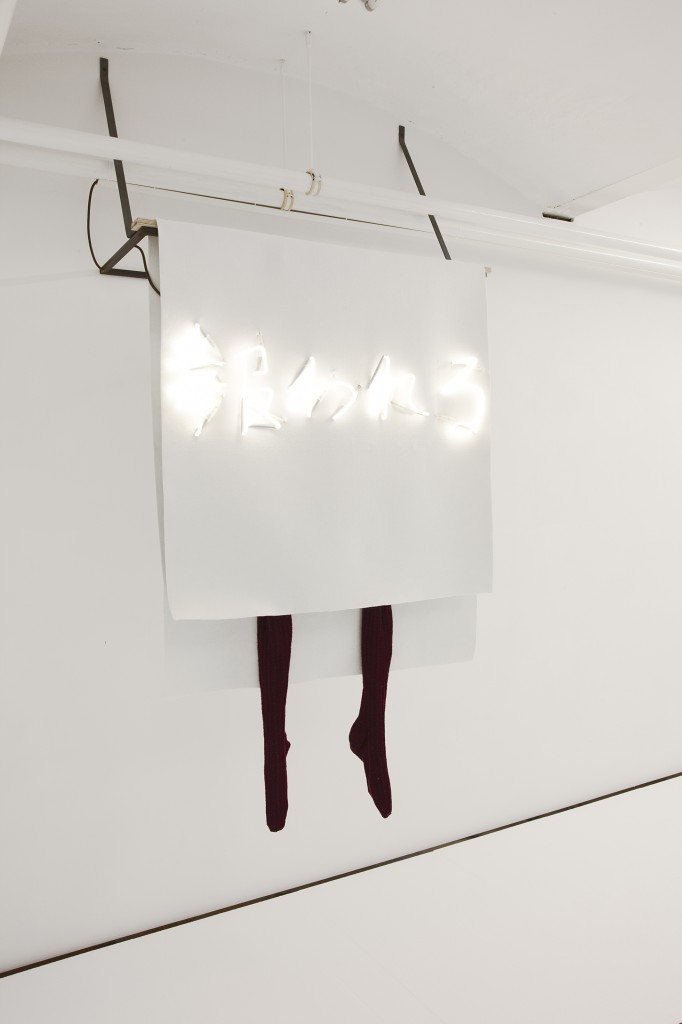 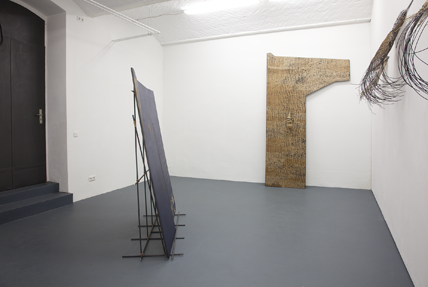 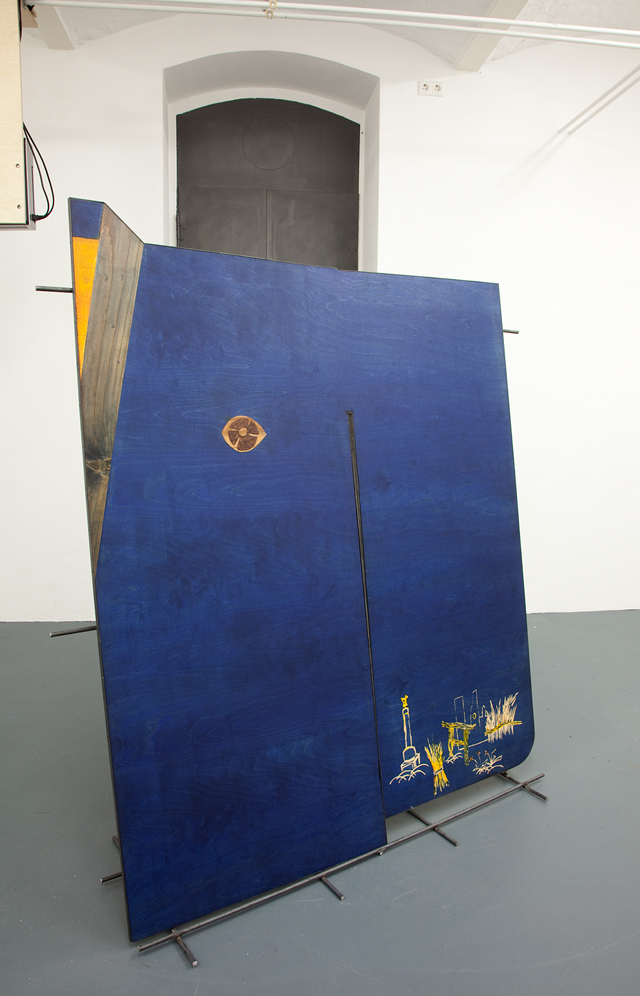 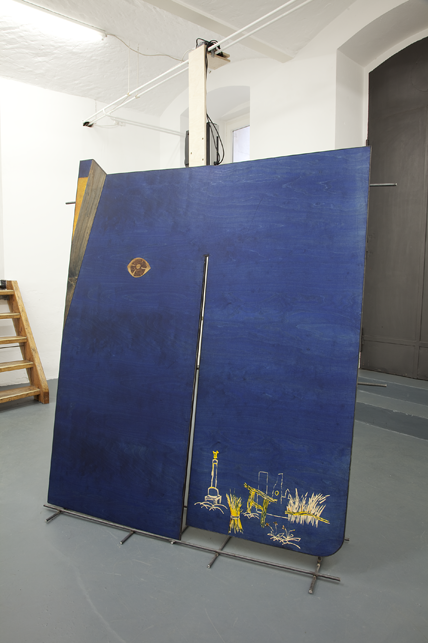 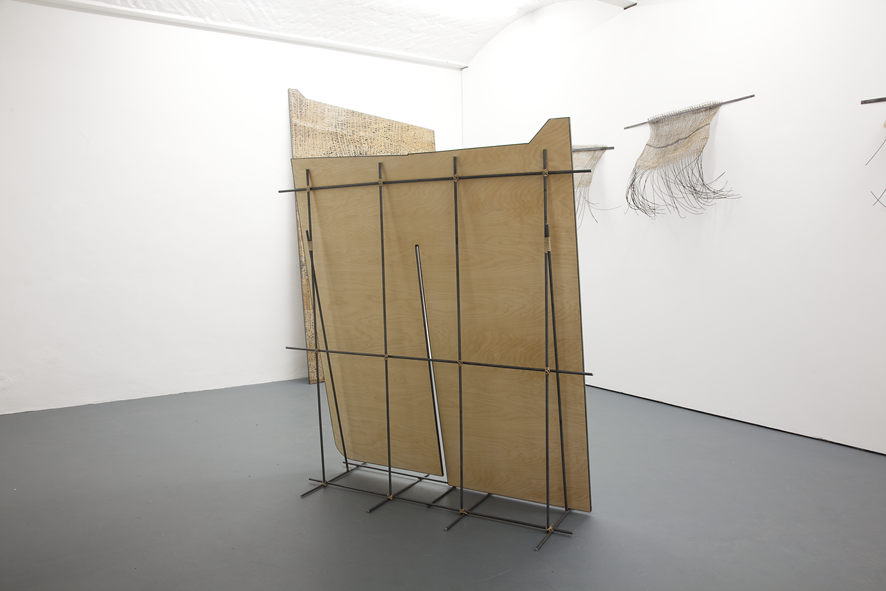 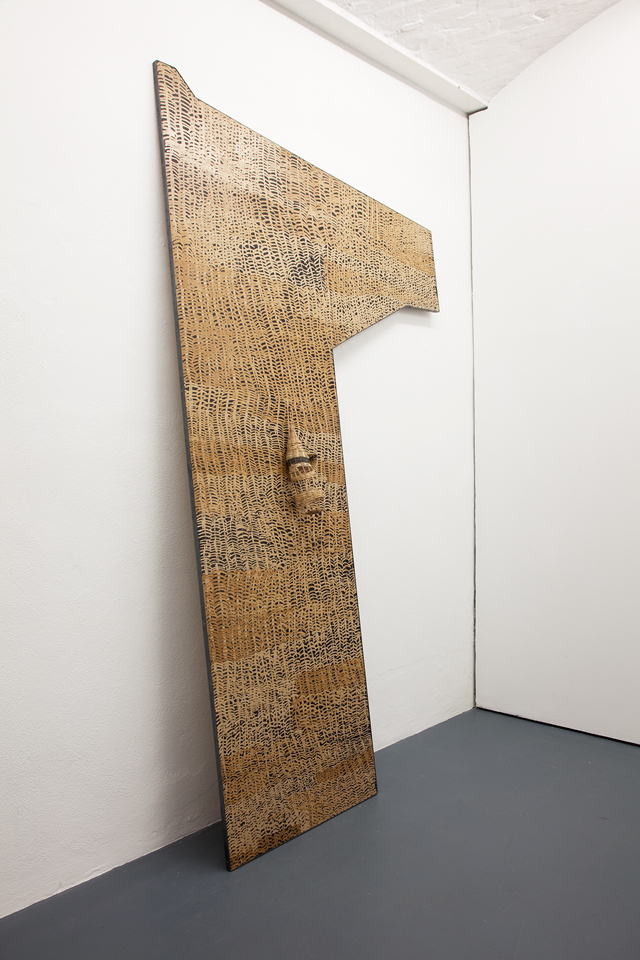 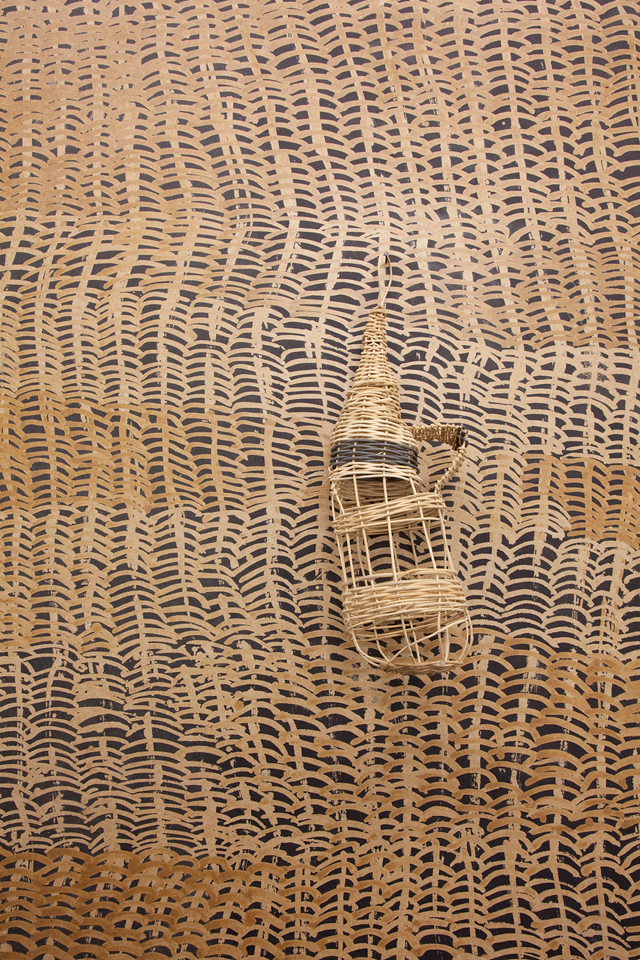 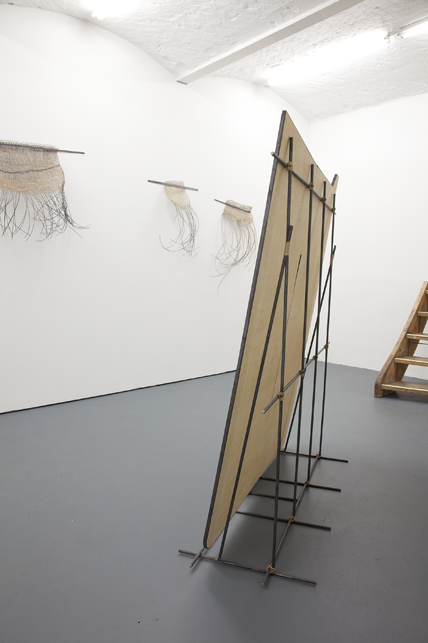 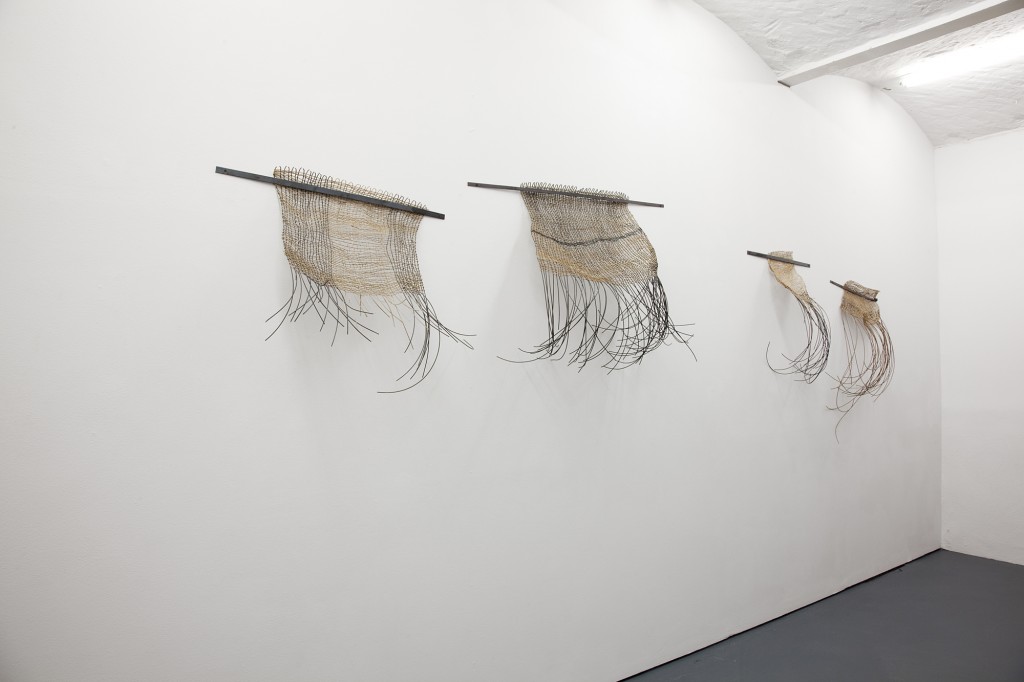 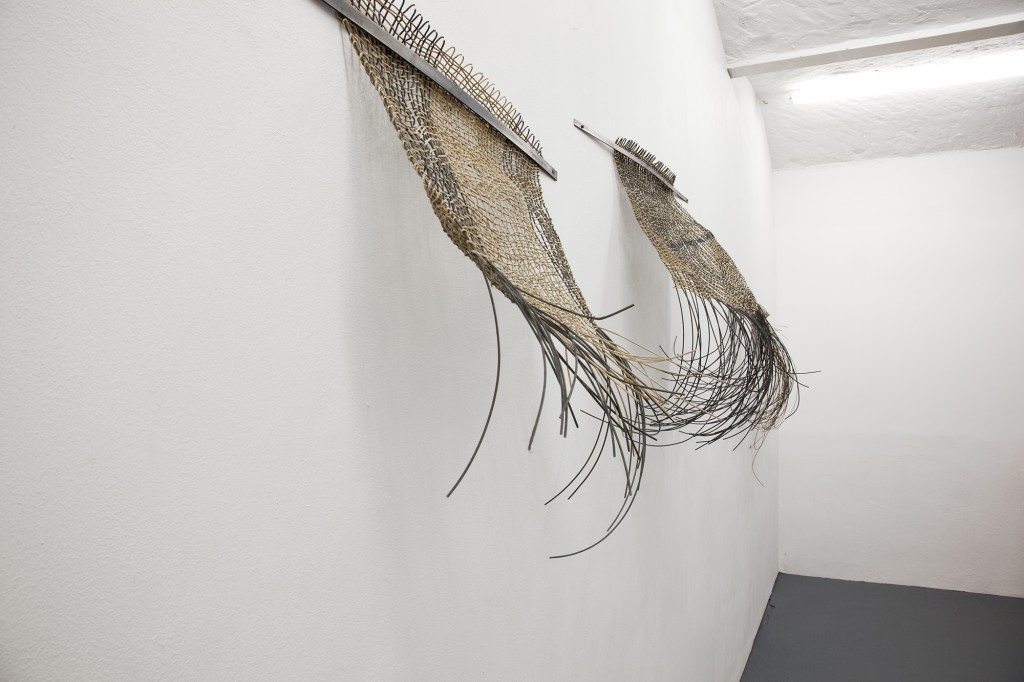 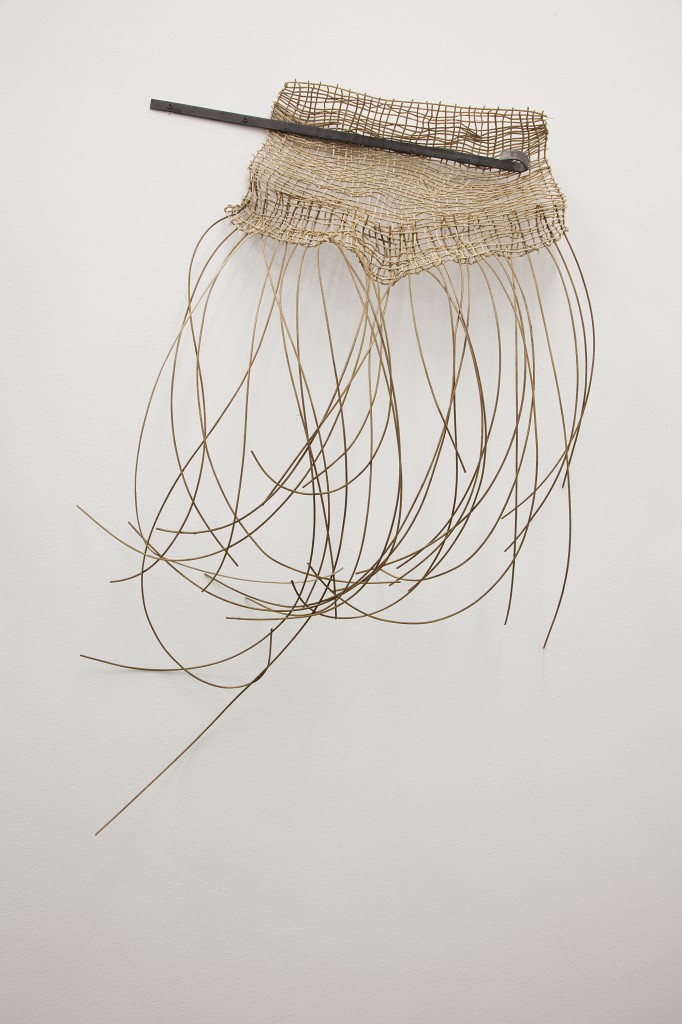 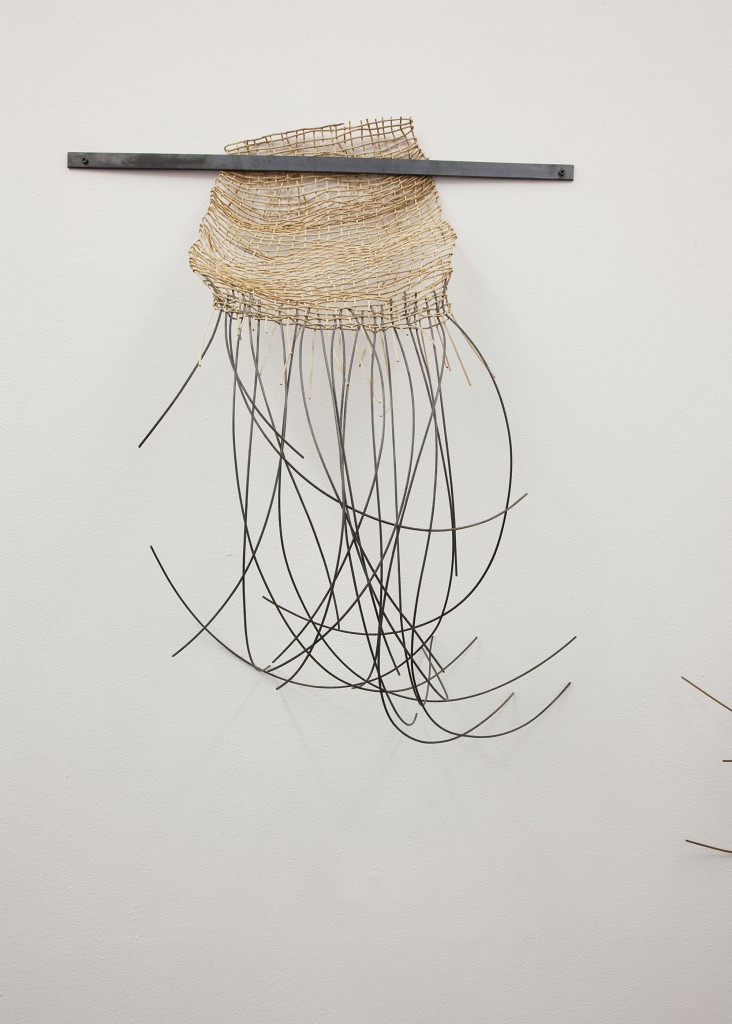 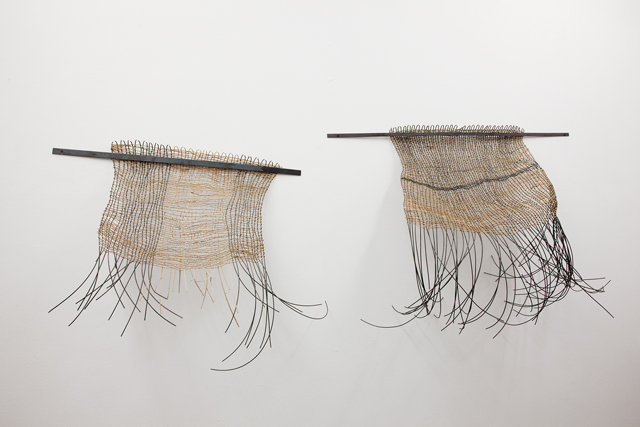 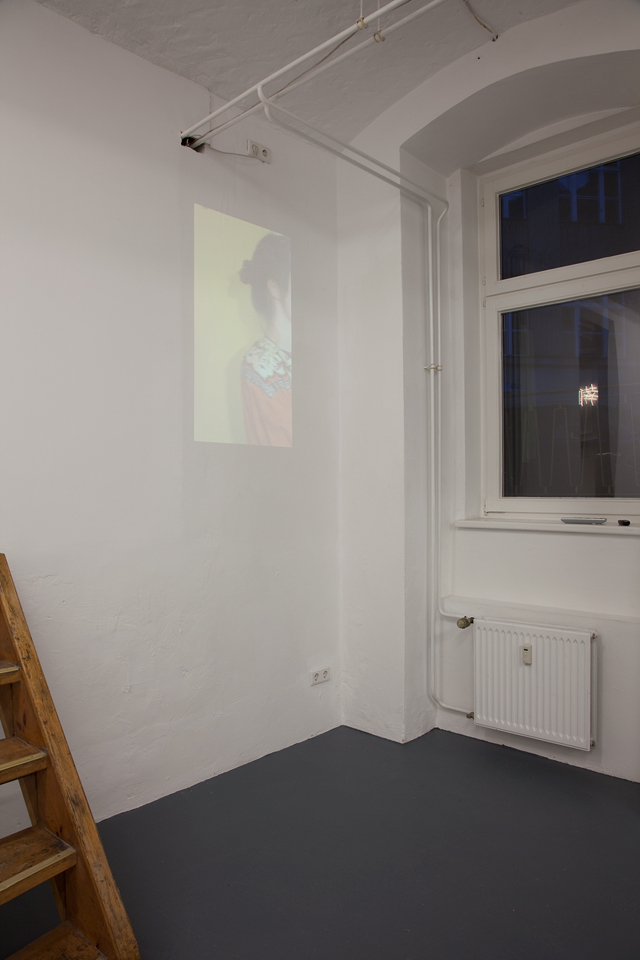 ‘We must all be locals somewhere in order to be tourists elsewhere’.
Fudakowski, 2014

‘Local Artist’ is Fudakowski´s second solo show in the gallery.
Her previous work has focused on the controlling effect of laughter, which highlights awkward and unseen boundaries between those ‘in the know’ and those not, as well as a sculptural response to joke structure and the philosophy of comedy.

In ‘Local Artist’ Fudakowski questions the importance of the position of the joke teller to the joke being told, or in other words, the biography of the artist in relation to the work being exhibited. By appropriating and assimilating a completely different culture and language to her own, with it’s own very strong aesthetics, the artist’s own biography is dragged into the light.

When Japan was forced to open it’s doors to the world in 1868 after a long period of isolation, the world was captivated by the influx of ukiyo-e prints and intricate ceramics. No group was more influenced by this than the French Impressionists who lapped up the lack of perspective and shadow, the flat areas of strong colour, and the compositional freedom gained by placing the subject off-centre.

It’s important to note that their understanding was superficial, as it only could be with the novelty of this influence. The result is a strange and beautiful yet sometimes humorously unsuccessful fusion of European and Japanese aesthetics. The heavily Japanese-inspired work made by this group of artists at that time, ironically locates them specifically back to Paris during the late 1800’s. Their international outlook grounds them firmly in the ‘local’ again.

Fudakowski, herself a questionable mix of English, Polish, German, Japanese and Jamaican to name a few, tackles the pejorative term ‘local artist’. Having moved to Berlin in 2006, amongst a deluge of other aspiring artists, she asks ‘when does one become a local?’, and ‘when does art become ‘local art?’. Does the answer lie in the art’s context, it’s material or the biography of the artist?

The prevalence of English as the universally accepted language of art is also brought into question by the presence of Japanese Neon texts, that only a Japanese speaker can hope to understand. Everyone else must rely on a translation which is an inevitable abstraction from the original. This is also reflected by the employment of materials from Rattan to Neon, and their ‘translation’ into different materials, such as Neon to Salt-dough, or Rattan to Batik.

The performance which took place at the gallery, unannounced on the opening night, involved a film crew pertaining to be straight from Japan, interviewing the artist as an example of a ‘local artist’ on the Berlin art scene. It was a further manifestation of overlapping misunderstanding based on good-willed yet superficial questions and answers performed in German, (neither the artist’s nor interviewer’s mother tongue), and was only revealed as a performance once it was over and the pre-recorded film was revealed to the visitors.