Elephant Juice is part of the on-going experimental film project entitled Word Count which concerns a futuristic scenario where scientists confirm a direct correlation between the dramatically rising sea levels and the amount of words that we speak. Consequently, delegates from every nation of the world gather together to find a solution and resolve that each citizen of the world shall be rationed to 433 words per day. This comes to be known as Cage Law after John Cage’s 4”33’.
This on-going, disaster-in-slow-motion, horrific farce is made up of accumulating short films, which open windows into the consequences of Cage Law in different scenarios and for various characters. Slowly, four central characters will emerge: Jennifer the lawyer, her unemployed husband David, her client Professor Sanchez and her neighbour Bridget, a struggling stand up comedian. Along with the existing four shorts, Elephant Juice features three new shorts shot in The Hague, one of which follows David’s narrative as a recently made redundant Radio DJ trying to make sense of his position in this new world order. The words ‘Elephant Juice’, when mouthed, are almost indistinguishable from the words ‘I love you’. 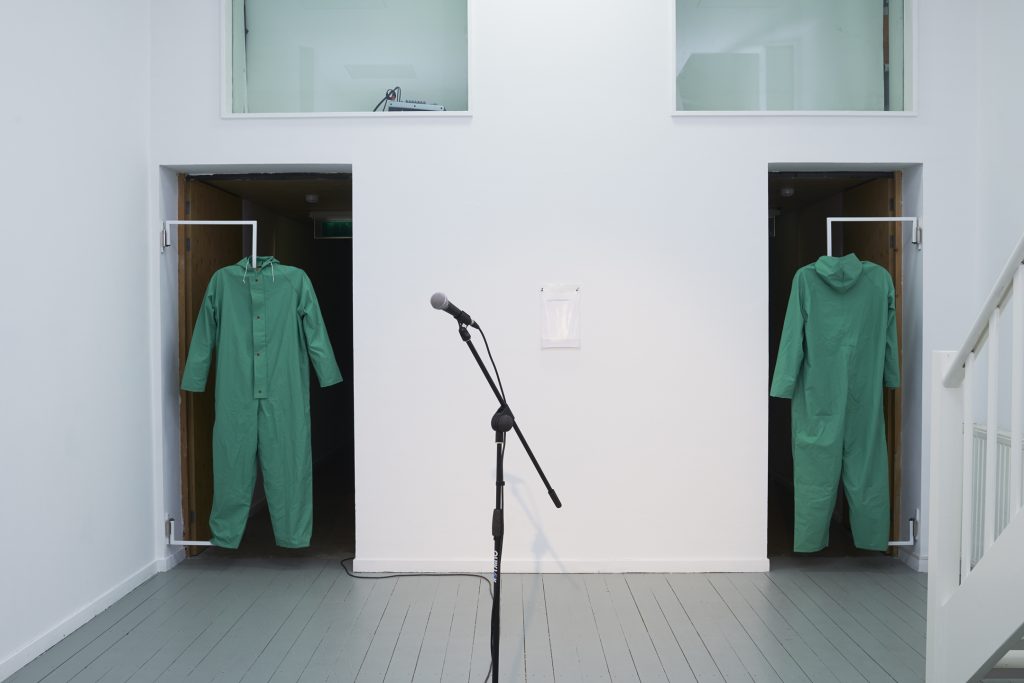 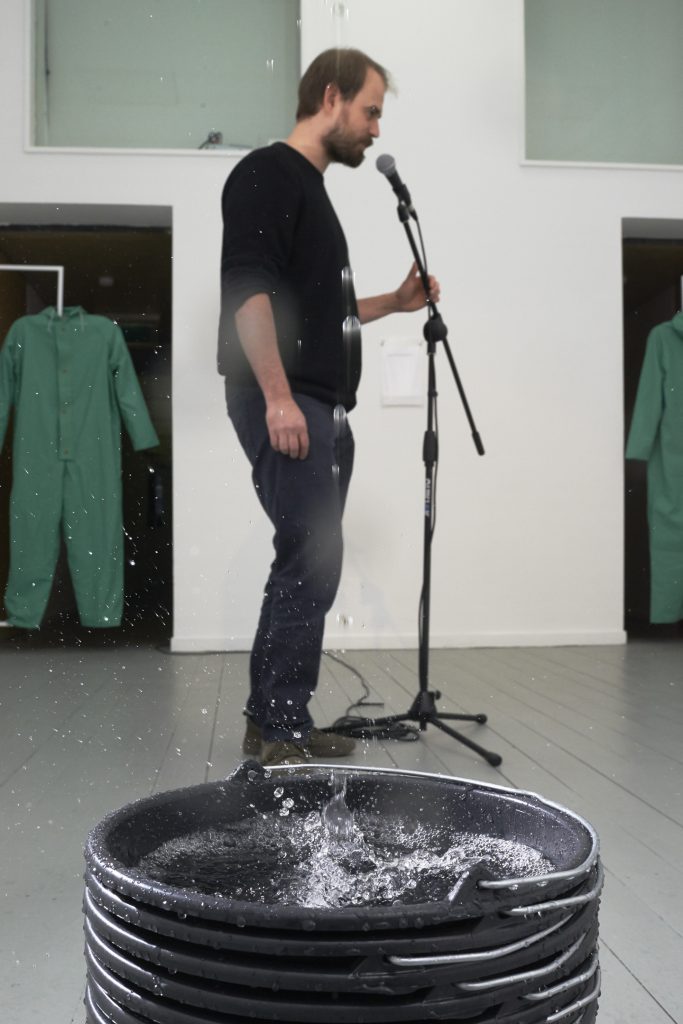 'Watch What You Say' 2017, each word spoken into the microphone triggers a droplet of water to be released from a valve installed on the ceiling. photo credit: Jhoeko 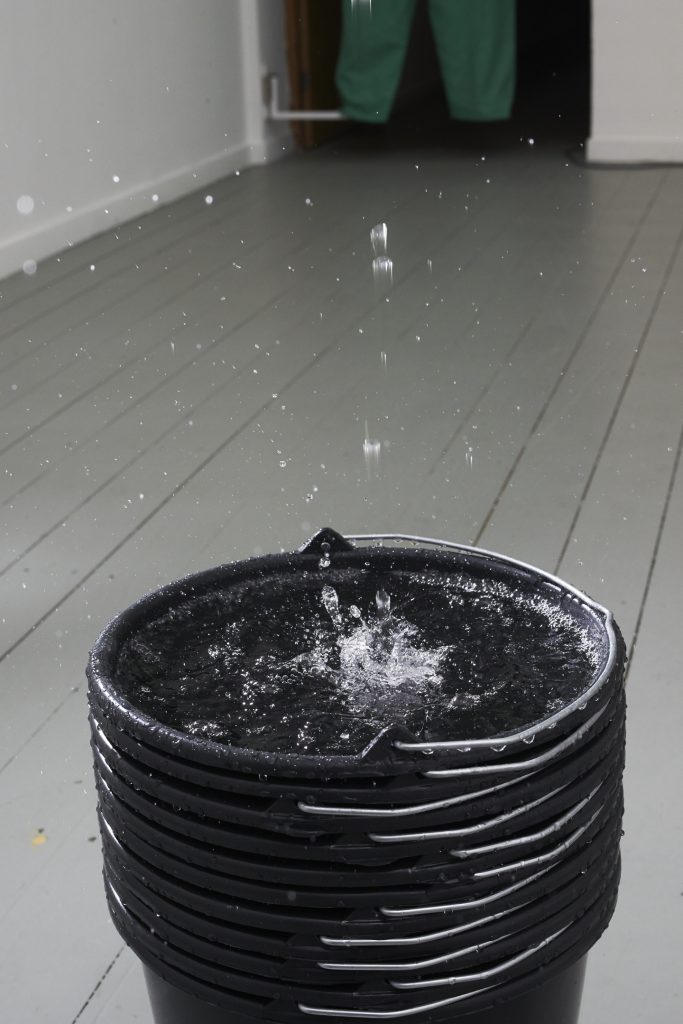 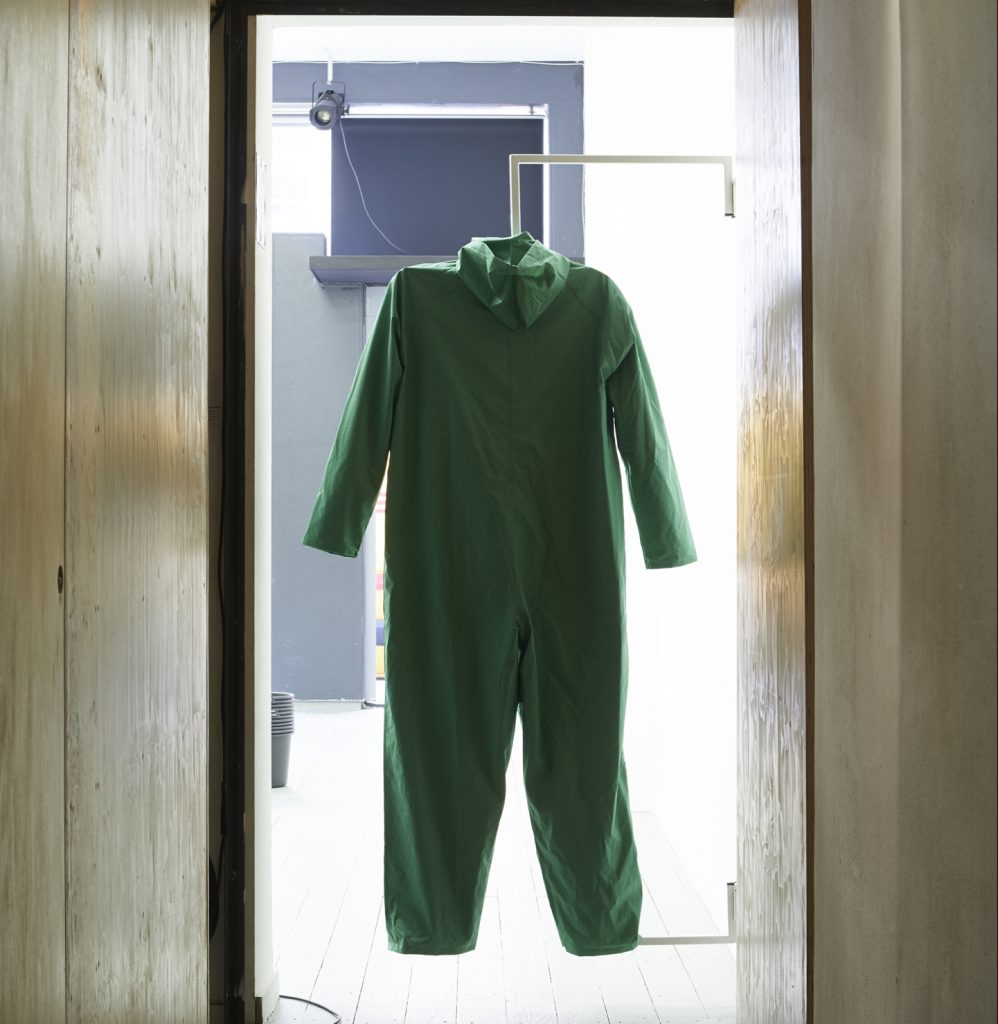 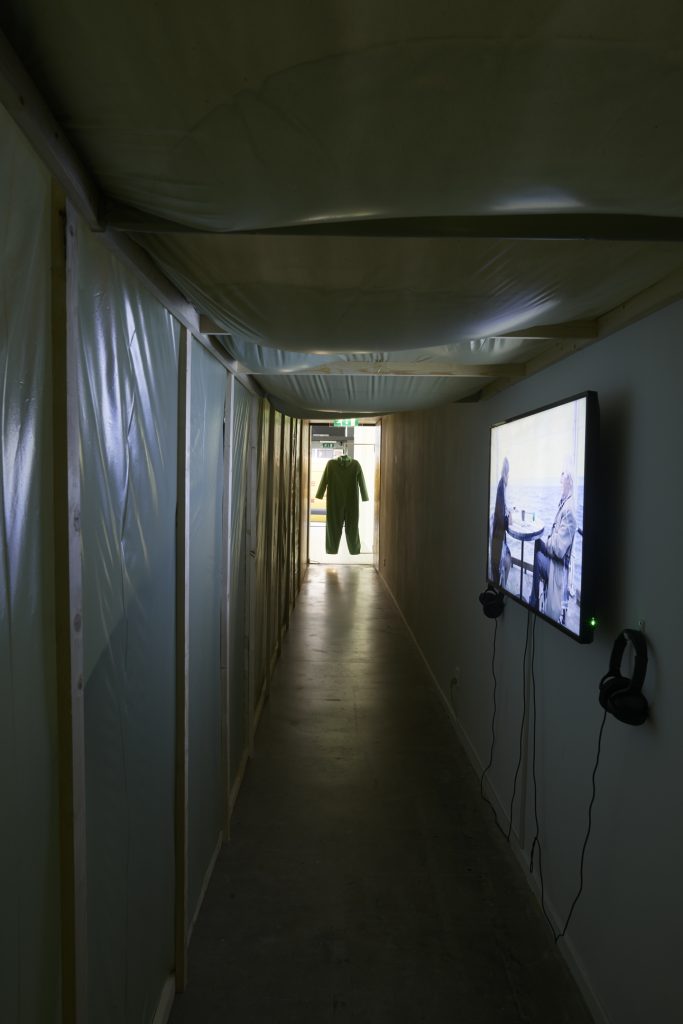 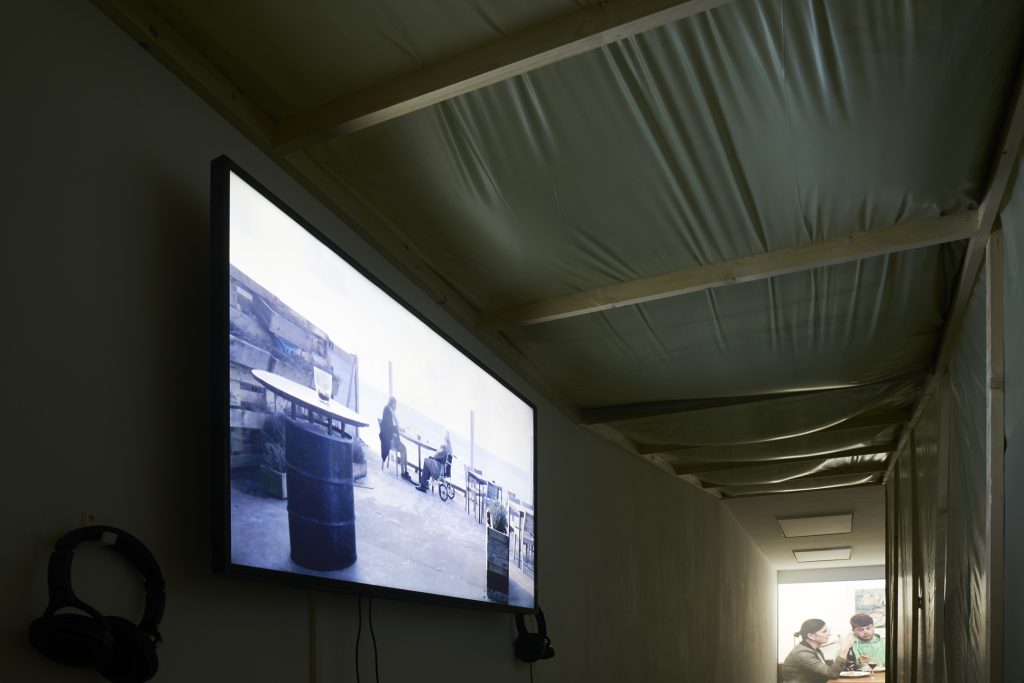 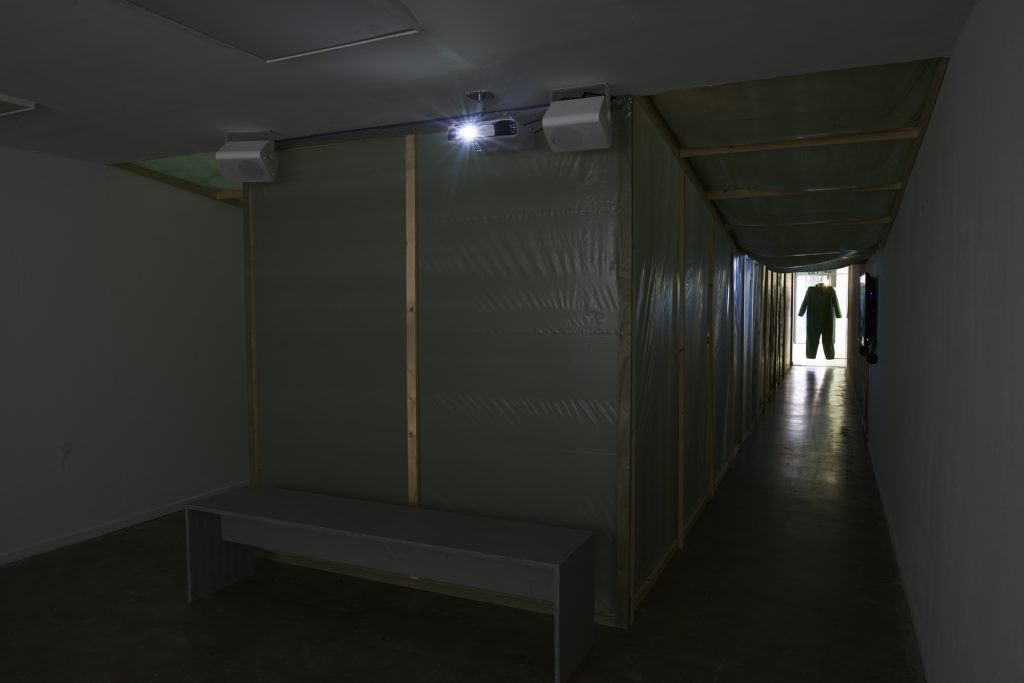 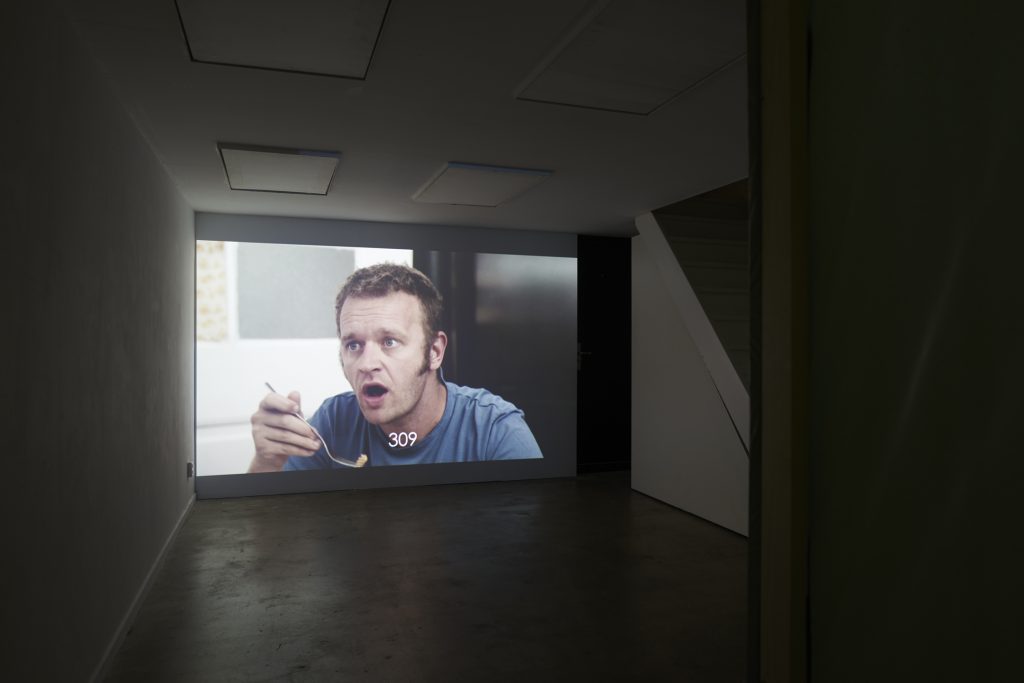 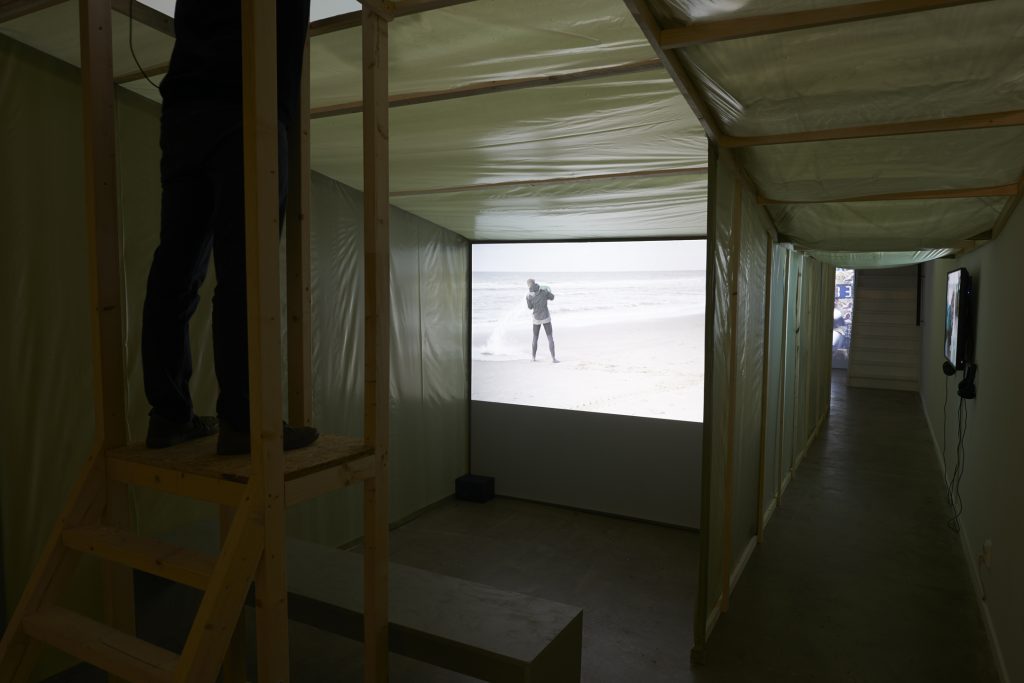 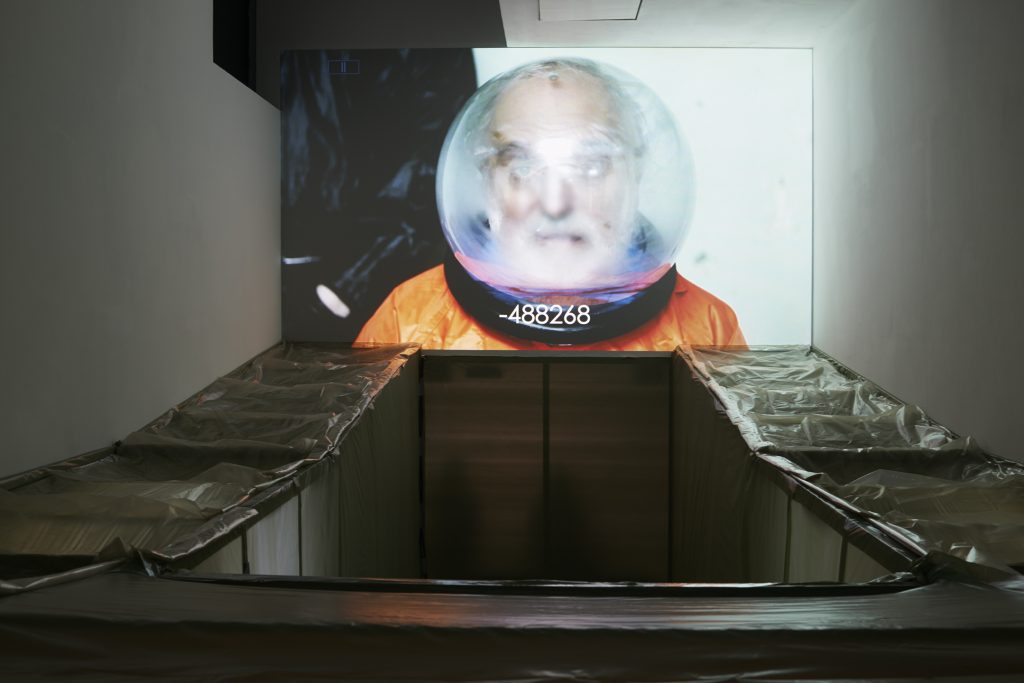